Among the Ava Jones Don’t Stop Believing Shirt Besides,I will do this romantic dresses and fencing-inspired suiting on the runway at Maria Grazia Chiuri’s Dior debut was one piece that will have the fashion world talking. A T-shirt reading We Should All Be Feminists was paired with an embellished midnight blue tulle skirt and sneakers, instantly becoming the most Instagrammed moment of the entire show. The fact that Chiuri is the first female artistic director of the Dior maison was a much-discussed fact in the lead-up to her debut�and clearly one that she took to heart. The show notes also made a point of explaining how important feminism is to Chiuri: “Feminism is a recurring word for her.” What’s more, the Beyonc� song “Flawless,” which features Chimamanda Ngozi Adichie’s famous TEDx talk about feminism, played on the soundtrack. And the author was in the crowd. 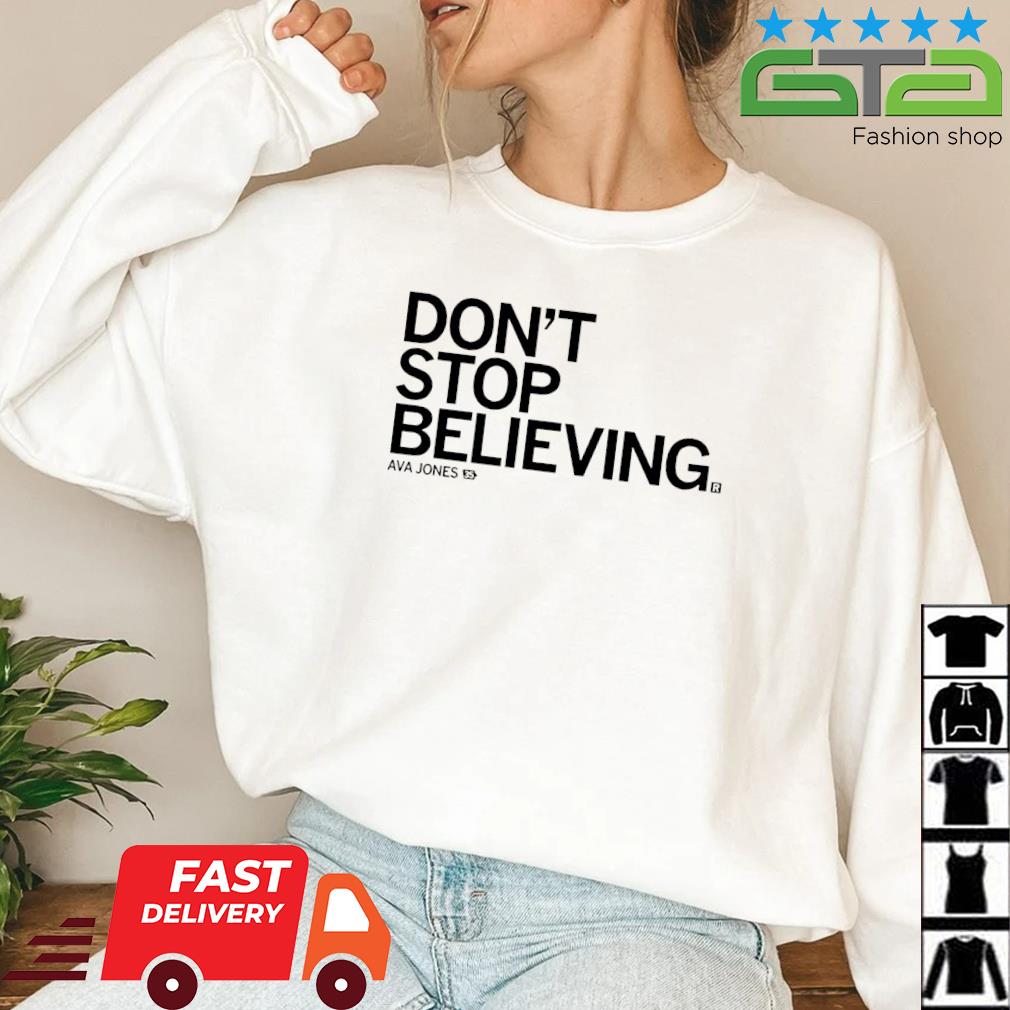